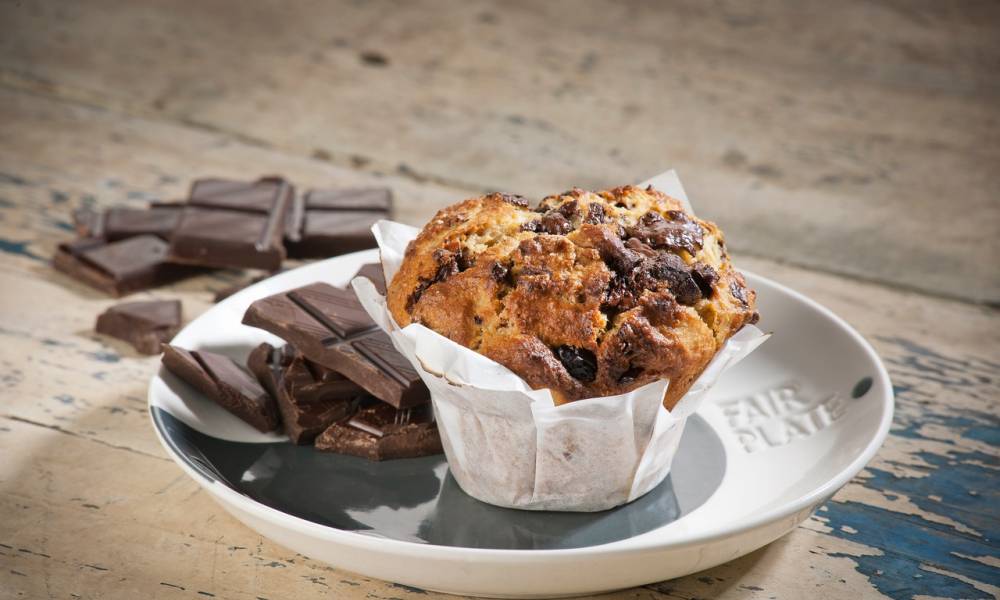 Fair trade week kicks off in May, here's some food for thought....

Funny to think that a dummy spit in the 1860s by a former Dutch civil servant about corrupt colonial trading practices could have so much impact on the chocolate that you purchase now.

Eduard Douwes Dekker penned his famous exposé of corrupt colonial practices in the Dutch East Indies some 150 years ago. The novel's eponymous hero Max Havelaar is a mouthpiece for the author's dissatisfaction with Dutch governmental reforms that imposed quotas and a commission-based tax collection system on Indonesian farmers in the 1800s.

The quota system emphasised growing tradable crops like tea and coffee at the expense of staple foods that the farmers needed to sustain themselves. The tax reforms resulted in corruption and the end result was widespread poverty and starvation of the Indonesian farmers. The novel was the first of its kind in that it raised the issue to Europeans that their wealthy lifestyle was a direct result of colonial suffering and its widespread influence has been indirectly attributed to the eventual end of Dutch colonialism in Indonesia.

How does this all relate to chocolate in 2012? Well, not a lot at a glance as a great deal of our chocolate consumption in the west still has nasty side effects for marginalising farmers (particularly in developing countries). However change is being driven by a swing in consumer demand towards "fairer" products.

While the fair trade movement has its roots in the 1960s, particularly in the tea and coffee retail markets, it wasn't until the late 1980s, when the first fair trade coffee labelling initiative "Max Havelaar" (branding inspired by the sentiment of the novel) was introduced, and the scheme really started to have some global consumer impact. The branding initiative challenged a number of key ethical issues and long term practices that were being raised by a growing number of other social justice and environmental movements that were gathering mass at a similar time.

Issues such as third world exploitation, basic human rights infringements and sustainability of natural resources were well and truly on the public radar. It is fair to say that Fairtrade movement was part of a bigger growing public consciousness that encompassed some crossover and shared sentiments with other foundations and organisations (such as early incarnations of Greenpeace), which began to generate a collective momentum that was hard for the public and media to ignore.

Today it's easy to spot certified fair trade products as they carry the Fairtrade label - look for the blue and green swirls surrounding what appears to be a cheering person (perhaps indicating both a happy producer and consumer). The trademark comes from Fairtrade International (FLO), which sets standards, audits and certifies producers under one umbrella organisation, and in Australia is managed by Fairtrade Australia and New Zealand.

This is a huge trend, no doubt due to the ever-increasing number of top quality Fairtrade chocolate products hitting the shelves. There really is no excuse for not buying Fairtrade chocolate now - the old perception that the product wasn't as good and would cost a fortune to boot is well and truly buried. The reasons for supporting fair trade just can't be ignored.

While there are protections in the marketplace for chocolate growers, they really only benefit the top 10 per cent or so of growers, with small producers missing out (90 per cent of the world's 14 million small family producers grow on farms smaller than five hectares, producing as little as half a ton of beans). Fairtrade aims to ensure minimum prices are paid to these producers, as well as developing cooperatives that put funds back into communities through initiatives like community education and health programs. Fairtrade also removes exploitative middle men and sets environmental standards that prohibit the use of harmful chemicals and look at the long-term sustainability of communities and land. This is why so many organic products are also Fairtrade Certified.

Most importantly, the Fairtrade Standards also prohibit the use of slavery and exploitative child labour. The lucrative global cocoa market has been subject to numerous media exposés revealing wide spread practices of human trafficking, the most concerning of which involves child labour.

You would think that there is no way you could enjoy a piece of chocolate with the thought that children quite often as young as 12 had been trafficked across African borders and sold to a life of slavery working in cocoa fields, yet we do.

A number of investigative journalists have revealed "the dark side" of the chocolate industry and there is irrefutable evidence that a large number of children are "sold" and used illegally as cheap labour on cocoa plantations (particularly on the Ivory Coast), working under inhumane exploitive and abusive conditions. The issues are complex and the solutions more so; there are so many key players from government officials, farmers, global chocolate manufacturers (that knowingly or unknowingly buy this product) and of course the end consumers who provide the demand to keep these practices alive.

Now you may feel a little guilty when you eat too much chocolate. However, by choosing Fairtrade you can rest assured that it is not the guilt of oppression and exploitation that is lingering on your palate, they really are bitter tastes to live with

If you're cooking, you will probably want a 70 per cent chocolate; the ratio of cocoa solids, which is the butter and the cocoa mass, compared to the total weight. This figure relates to the blending process but is still a little confusing for most people because that tells you how much of the bar is derived from the cocoa bean (i.e. what is NOT sugar, soy emulsifier, vanilla etc) but what it doesn't tell you is the ratio of cocoa butter (the "gold") compared to the cocoa solids (the bitter chocolaty stuff). For that, you need to look at the ingredients breakdown on the packet.

Another factor that influences the quality of the chocolate is the conching - literally, the liquid grinding of the cocoa blend to produce tiny particles, hence smoothness. And finally the tempering, which is the controlled temperature crystallisation of the product for appearance and "snap". At the end of the day, have a taste and if you like it then forget all the techno babble and just cook with it.

Sure, a number of professional high-end chocolatiers demand the absolute finest couverture chocolate for their culinary masterpieces; products of this calibre bearing a Fairtrade Certification are a little hard to find. This is a niche market with a few players like Camino, a Canadian manufacturer, who have a number of spectacular Fairtrade couverture products. It's really up to professional chefs to start asking a few sticky questions to their suppliers and creating an industry demand for Fairtrade and other companies will inevitably follow.

I had the tough job of "testing" as much product as I could bear for three days. At my level of cooking and "chocolate ability" I have to say there is plenty of product that well exceeds my benchmark level of required quality.

My pick of the fair bunch follows:

Green & Black's is still there, with their 72 per cent cooks' chocolate. It has 43 per cent cocoa butter content which means it is smooth and full on the palate.

Oxfam fair Organic Dark 70 per cent, is a total value for money pick and cooks up nicely.

Alter Eco Organic Dark Blackout is a massive 85 per cent cocoa content but is surprisingly really palatable and if you are a "serious chocolate person" I would give this a try.

The other stand out is Cocolo Dark 70 per cent.

These are just the ones I would recommend for quality cooking, but there are also a host of Fairtrade gourmet and artisan chocolates of great quality like the Chocolatier range.

It all goes to show that in the end fairness can prevail, even if it takes over a hundred years and a few twists and turns to get there.

For more information on Fairtrade Labelled products and how Fairtrade Certification is creating a better life for cocoa farmers visit www.fairtrade.com.au

Preheat the oven to 190°C and line a 6-cup muffin tin with greased muffin foils or baking paper.

Mix all remaining ingredients gently in a bowl. You may need to add a little water just to bring the ingredients together, but try not to mix the batter as this will create tough muffins, just fold the mix together .

Spoon the batter into pre greased muffin foils or papers. Bake the muffins for 15 to 20 minutes or until a skewer inserted into the centre comes out clean and tops golden brown.

Serve the muffins with olive oil or butter.